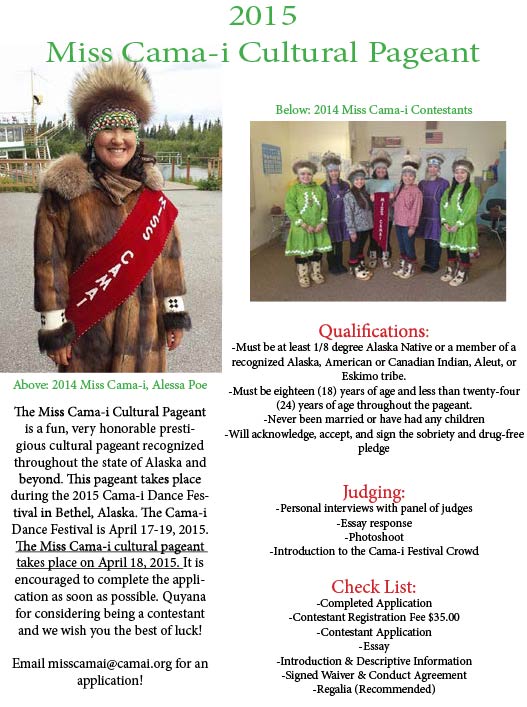 Miss Cama-i is one of the Southwest (SW) Ambassadors for the Yup’ik-Cup’ik people and celebrate and honor the ideals for which Cama-i was created. She is knowledgeable of her culture and traditions while being respectful of  elders and those of other ethnic groups. As our SW Ambassador, Miss Cama-i agrees to share her knowledge & understanding of the diverse Native Tribes that encompass the SW Region as well as her understanding of the Cama-i Festival. Miss Cama-i is knowledgeable of Native issues while actively supporting subsistence as our traditional Native way of life. Miss Cama-i is determined to assist in the preservation of the traditional Yup’ik-Cup’ik people’s arts, dances and way of life.